Iron and Toddlers: How to Make Sure Your Child Is Getting Enough 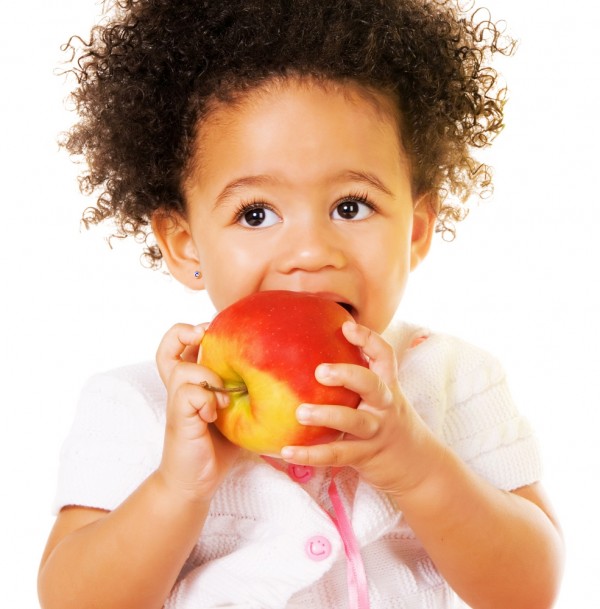 Is your toddler pumping enough iron through her veins? You might want to take a look at your tot’s iron intake. That’s because iron is an essential mineral that’s needed to make red blood cells — and red blood cells are essential because they deliver oxygen throughout the entire body. If your tot is low on iron, there’s a chance she’ll also be low on red blood cells — and that can lead to growth deficiencies, learning problems, and behavior issues. To guard against iron deficiency (which is on the rise among one- to three-year-olds, by the way), check out these ways to make sure your child gets the iron she needs.

Serve iron-rich foods. Toddlers ages one to three need 7 mg of iron per day. Depending on the food, your toddler could get her daily dose of iron in one serving (for instance, one cup of Corn Chex has 8 mg) or a few servings (for example, three ounces of lean beef has 2 to 3 mg of iron, and one slice of whole-wheat bread has 1 mg). The most easily absorbed iron — called heme iron — is found in meat. The other form of iron — called non-heme iron — comes from plant sources, but because of its chemical structure, it’s not as easy for the intestines to absorb. Still, both sources of iron are worth eating. In fact, heme iron helps improve the absorption of non-heme iron, so eating food sources of both forms of iron at the same time (like turkey on whole-wheat bread) is ideal. Try to fit some of these iron-rich foods into your child’s diet each day:

Mix and match with other nutrients. Vitamin C helps iron absorption, so increase the amount of iron that your toddler’s body gets from plant sources by pairing iron-rich foods with foods chock-full of vitamin C. Good match-ups include:

Consider a supplement. If your toddler doesn’t eat much meat or other iron-rich foods, you may need to offer an iron supplement. But talk with your paediatrician first so you don’t accidentally end up overcompensating. Another way to get some iron onto your child’s plate: Cook food in cast-iron pots and pans — some of the iron in the cookware will end up in your food.

Don’t overdo it on milk. As important as milk is to a growing toddler, there can be too much of a good thing. In fact, it’s common for toddlers to fill up on milk (which has no iron) and then not have an appetite for any other nutrient-rich foods. Why do kids get stuck on milk? Toddlers are used to drinking lots of milk from their recent baby days, and some kids are simply slow to transition away from their liquid diets. Plus, parents of milk lovers often think that if their kid doesn’t eat lunch or dinner, it’s not so bad because at least their tot’s getting nutrients from milk. The problem is that if your toddler overdoes it on milk (or eats too much of any one food), she may end up missing out on iron. So have your toddler stick to two to three cups of milk each day so that she has room in her tummy for a variety of foods.

Check with your paediatrician. Most paediatricians check children’s iron levels between six and 18 months of age, but if your doc hasn’t yet, ask for a blood test (all it takes is a simple finger or toe prick). This is especially important if your child is overweight. Research shows that overweight children are more likely to be iron deficient (they may be eating a lot, but the foods they eat are often not high in key nutrients). Also, make sure your child’s iron levels are checked if she has any of the following symptoms of iron-deficiency anemia: pale skin, fatigue, frequent headaches, dizziness, irritability, or cold hands and feet. If your child’s iron levels do turn out to be low, talk with your paediatrician about whether you should revamp your toddler’s diet or consider an iron supplement